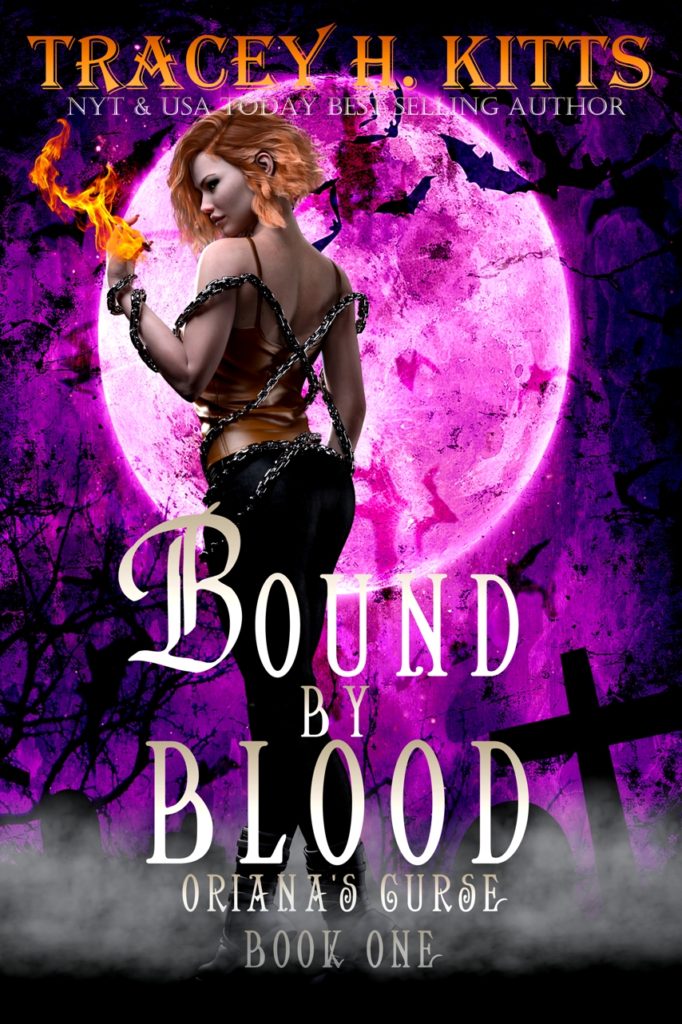 Part of the Bound by Blood series:

BOOK ONE (of four)

Nicole Austin has just inherited a curse. She is the next in line to become a badass vampire slayer. The problem is, she must drink some magical blood for the curse to take hold, and the side effects aren't all pleasant.

She was just beginning to develop a relationship with her neighbor, Max, who is also a sexy werewolf. However, what once drew her to him may now be reason enough to keep them apart. She can't hunt one monster and consort with another, can she?

As if she didn't have enough to deal with, there is the matter of a werewolf hunter in town. His name is Vladislav. He's tall, dark, sexy, and obviously interested in Nicole.
There are a few loopholes, but only one that might stop Nicole from being the next vampire slayer.True love, and she's got one month to find it.

Warning:This series contains graphic sex, graphic language, and graphic violence. It also has multiple (smoking hot) partners. There will be a happy ending.

NOTE:This is only Part One and it ends on a cliffhanger.

This is the first entry in the Bound by Blood series that tells the story of Nicole Austin and her family's curse. These stories are meant to be read in order..