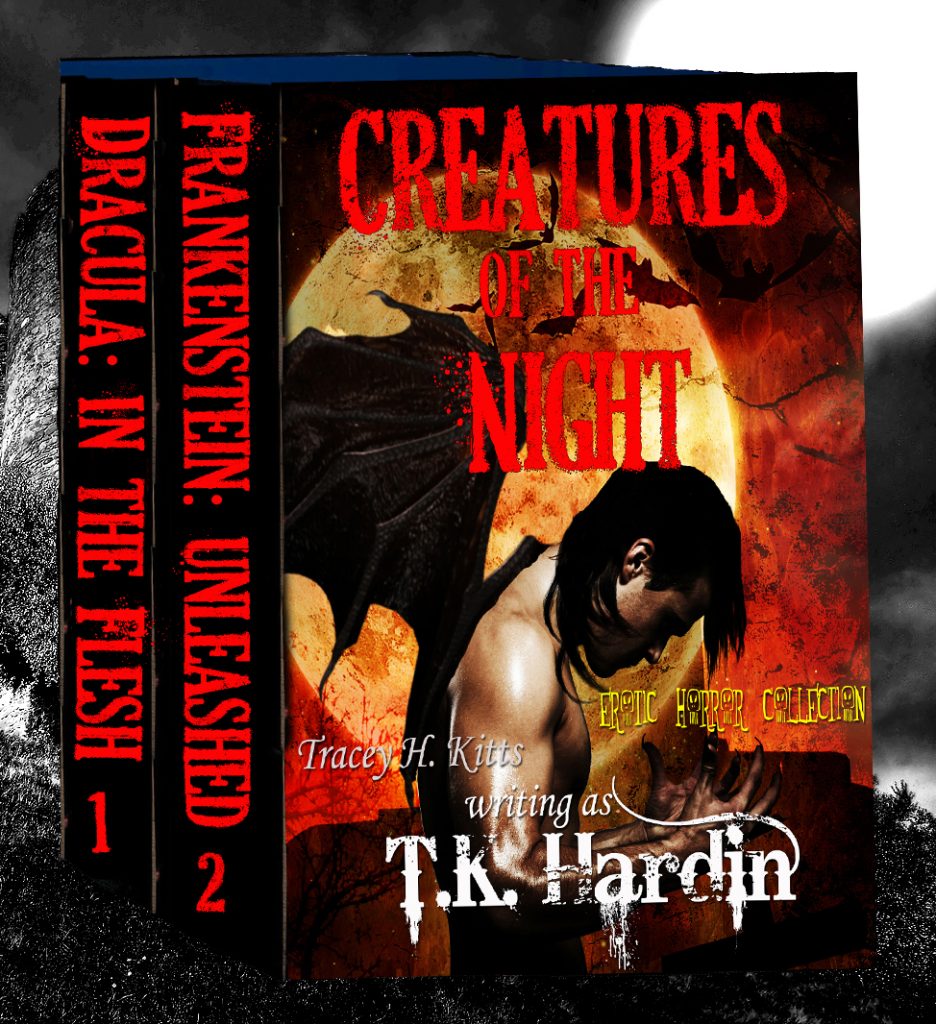 Part of the Boxed Sets series:
Part of the Writing as T.K. Hardin series:

Dracula: In the Flesh

Jonathan Harker travels to Transylvania to meet with a mysterious client, Count Dracula. Dracula's interest is not in the business that Jonathan Harker believes, but rather in Harker's fiancée Mina, the reincarnation of the wife Dracula gave his soul to be reunited with. Can Dracula win her love for a second time? Or, will his curse keep them apart forever?

Elizabeth has kept her family secret well. As the last in a long line of witches, her dreams are prophetic. And Elizabeth dreams of murder. She knows that men are being killed exactly as she sees in her visions, but she has no means to stop their slaughter. Her dreams are not the only thing troubling her. With an engagement to Victor Frankenstein that has lasted for years, she has begun to believe that her destiny lies elsewhere. That destiny is revealed in her dreams in one instant and taken away in the next. Grief-stricken and afraid, she follows where her heart leads ... to the body of Victor's latest experiment.

Scarred at a young age by the death of his beloved mother, Victor Frankenstein has become fascinated with the possibility of bringing the dead back to life. After years of secret research, he has achieved some small measure of success. Though, he should have been more careful when he chose his last victim.

For Elizabeth accidentally gives life to the creation that Victor could not. He awakens with no memory, a body not his own, and only the name that she gives him ... Lucian.